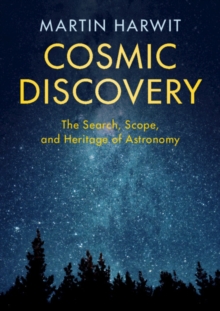 Martin Harwit's influential book, Cosmic Discovery, is rereleased after more than thirty-five years, with a new preface written by the author.

The work chronicles the astronomical discoveries up to the late twentieth century and draws conclusions that major discoveries have often been unexpected, unrelated to prevailing astronomical theories and made by outsiders from other fields.

The author also examines discovery in terms of its political, financial, and sociological contexts, including the role of industry and the military in enabling new technologies, and methods of funding.

The challenges encountered by astronomy in the 1980s are remarkably similar to those astronomers face today.