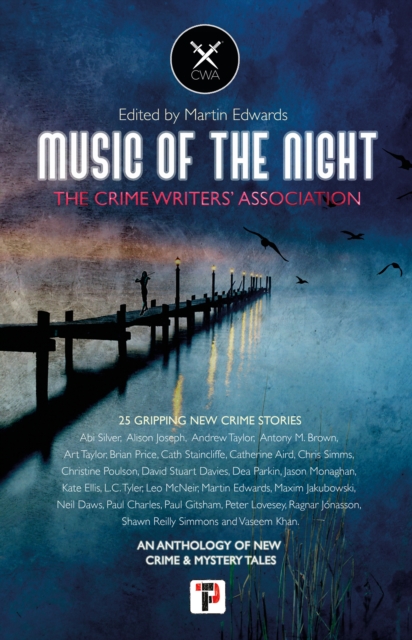 Music of the Night : from the Crime Writers' Association Hardback

Music of the Night is a new anthology of original short stories contributed by Crime Writers' Association (CWA) members and edited by Martin Edwards, with music as the connecting theme.

The aim, as always, is to produce a book which is representative both of the genre and the membership of the world's premier crime writing association. The CWA has published anthologies of members' stories in most years since 1956, with Martin Edwards as editor for over 25 years, during which time the anthologies have yielded many award-winning and nominated stories by writers such as Ian Rankin, Reginald Hill, Lawrence Block, and Edward D.

Brown - The Melody of MurderArt Taylor - Love Me or Leave MeBrian Price - The Scent of an EndingCath Staincliffe - Mix TapeC.

Aird - The Last Green BottleChris Simms - TaxiChristine Poulson - Some Other DraculaDavid Stuart Davies - Violin - CEDea Parkin - The Sound and the FuryJason Monaghan - A Vulture Sang in Berkeley SquareKate Ellis - Not a NoteL.C.

The list brings together fantastic new authors and the more established; the award winners, and exciting, original voices.