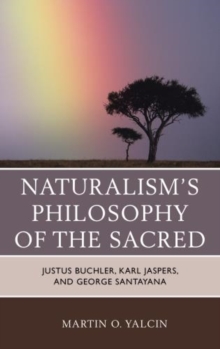 Naturalism's Philosophy of the Sacred: Justus Buchler, Karl Jaspers, and George Santayanaoffers an interpretation of the sacred based on the ordinal naturalism of Justus Buchler, one of the most important philosophers of the twentieth century whose work is experiencing a renaissance.

This book seeks to find common ground between theists and atheists by arguing that religious beliefs should be retained because they provide a poetic response to nature's mysteries, while also addressing the atheist's concerns regarding the tendency of religious believers to demonize nonbelievers and to idolize their own conceptions of the sacred.

The heart of Martin O. Yalcin's argument is that religious violence can be traced to the belief that God is far more real and therefore far more valuable than nature.

In contrast to this view, he develops a philosophy of the sacred from the perspective of ontological parity which holds that all things are equally real.

He argues that when the sacred is leveled to the plane of nature as one of its innumerable orders, then the virtues of piety and charity replace the vices of demonization and idolization so evident in religions that insist on the utter incommensurability of God with respect to the created order.

In the course of developing an aesthetic interpretation of the sacred, Yalcin explores not only the metaphysical categories of Justus Buchler, but also those of Karl Jaspers and George Santayana.

The dialogue with Jaspers unearths the absolute otherness of the sacred as the intrinsically unethical dimension of any variant of theism.

Having undermined the total absolution of the sacred, Naturalism's Philosophy of the Sacred suggests an alternative aesthetic form of sacred engagement that piggybacks on Santayana's thoroughly natural poetic rendition of the sacred.

This book will be of great value to students and scholars working in departments of religion, philosophy, and theology. 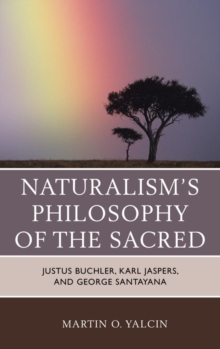 Naturalism's Philosophy of the Sacred