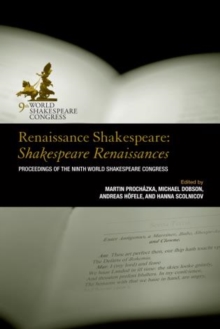 Part of the The World Shakespeare Congress Proceedings series

Selected contributions to the Ninth World Shakespeare Congress, which took place in July 2011 in Prague, represent the contemporary state of Shakespeare studies in thirty-eight countries worldwide.

Apart from readings of Shakespeare's plays and poems, more than forty chapters map Renaissance contexts of his art in politics, theater, law, and material culture and discuss numerous cases of the impact of his works in global culture from the Americas to the Far East, including stage productions, book culture, translations, film and television adaptations, festivals, and national heritage.

The last section of the book focuses on the afterlife of Shakespeare in the work of the leading British dramatist Tom Stoppard.

Also in the The World Shakespeare Congress Proceedings series 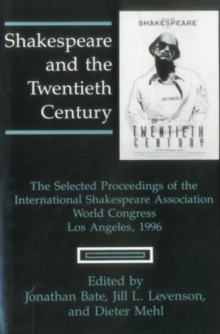 Shakespeare and the Twentieth Century 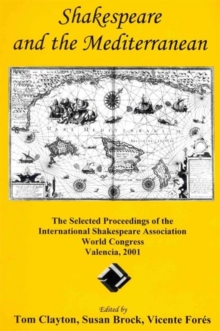 Shakespeare and the Mediterranean 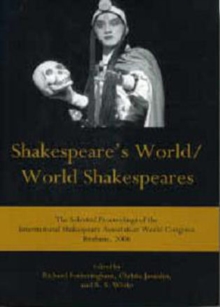