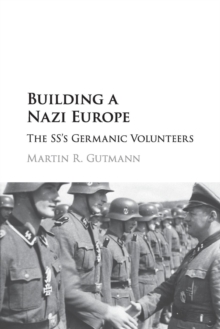 In a compelling new study, Gutmann offers an in-depth examination of the Swedish, Swiss and Danish men who worked and fought for the SS, during the Second World War.

Dispelling a host of myths regarding foreign collaboration with Hitler's regime, it reveals how these men were highly motivated to affect a National Socialist revolution across North-Western or 'Germanic' Europe.

Working behind Berlin desks, they played a pivotal part in shaping the Nazi New Order and actively participated in the regime's brutal atrocities on the Eastern Front and on the streets of Western Europe.

The book argues that these men became a focal point for infighting in the regime regarding the role of non-Germans in National Socialism.