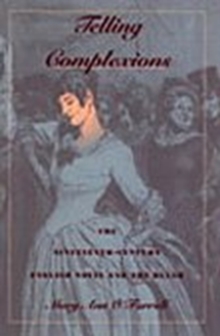 Telling Complexions : The Nineteenth-Century English Novel and the Blush Hardback

In Telling Complexions Mary Ann O'Farrell explores the frequent use of "the blush" in Victorian novels as a sign of characters' inner emotions and desires.

Through lively and textured readings of works by such writers as Jane Austen, Elizabeth Gaskell, Charles Dickens, and Henry James, O'Farrell illuminates literature's relation to the body and the body's place in culture.

In the process, she plots a trajectory for the nineteenth-century novel's shift from the practices of manners to the mode of self-consciousness.

Although the blush was used to tell the truth of character and body, O'Farrell shows how it is actually undermined as a stable indicator of character in novels such as Pride and Prejudice, Persuasion, North and South, and David Copperfield.

She reveals how these writers then moved on in search of other bodily indicators of mortification and desire, among them the swoon, the scar, and the blunder.

Providing unique and creative insights into the constructedness of the body and its semiotic play in literature and in culture, Telling Complexions includes parallel examples of the blush in contemporary culture and describes ways that textualized bodies are sometimes imagined to resist the constraints imposed by such construction. 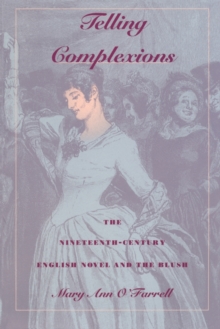