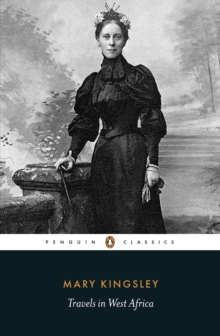 A remarkable account by a pioneering woman explorer who was described by Rudyard Kipling as 'the bravest woman of all my knowledge'.

Until 1893, Mary Kingsley lived the typical life of a single Victorian woman, tending to sick relatives and keeping house for her brother. However, on the death of her parents, she undertook an extraordinary decision: with no prior knowledge of the region, she set out alone to West Africa to pursue her anthropological interests and collect botanical specimens. Her subsequent book, published in 1897, is a testament to understatement and humour - few explorers made less of the hardships and dangers experienced while travelling (including unaccompanied treks through dangerous jungles and encounters with deadly animals). Travels in West Africa would challenge (as well as reinforce) contemporary Victorian prejudices about Africa, and also made invaluable contributions to the fields of botany and anthropology. Above all, however, it has stood the test of time as a gripping, classic travel narrative by a woman whose sense of adventure and fascination with Africa transformed her whole life.
This Penguin edition includes a fascinating introduction by Dr Toby Green examining Victorian attitudes to Africa, along with explanatory notes by Lynnette Turner.

Mary Kingsley was born in north London in 1862, the daughter of the traveller, writer and physician George Kingsley and his former housekeeper, Mary Bailey. Her education was scant: while her younger brother Charley was sent away to school, she stayed at home. In 1886 the family moved to Cambridge, where Kingsley remained until 1892, caring for her bedridden mother. Following the deaths of her parents, Kingsley embarked on a voyage to West Africa in August 1893, with the object of studying native religion and law and collecting zoological specimens. In December 1894, she undertook a second trip to the region, during which she became the first woman to climb West Africa's highest mountain, Mount Cameroon. On returning home eleven months later, she wrote Travels in West Africa, which was published in 1897 and was followed by West African Studies in 1899. Kingsley made one final trip to Africa, enlisting as a volunteer nurse in South Africa during the Boer War. She had only been there for two months when she developed typhoid fever and died, on 3rd June 1900, before being buried at sea in accordance with her wishes.

Lynnette Turner is Associate Dean of the Faculty of Arts and Sciences at Edge Hill University.

Toby Green is Lecturer in Lusophone African History and Culture at Kings College London. His book The Rise of the Trans-Atlantic Slave Trade in Western Africa appeared in 2011.

Also by Mary Kingsley   |  View all 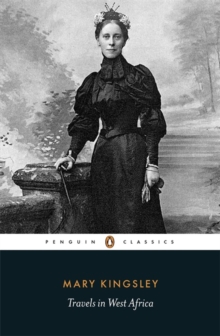 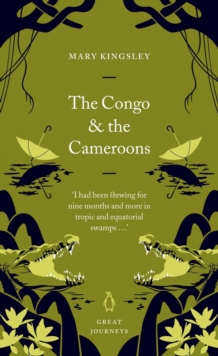 The Congo and the Cameroons 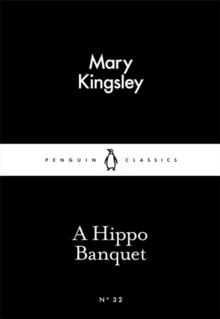 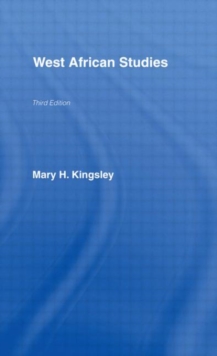