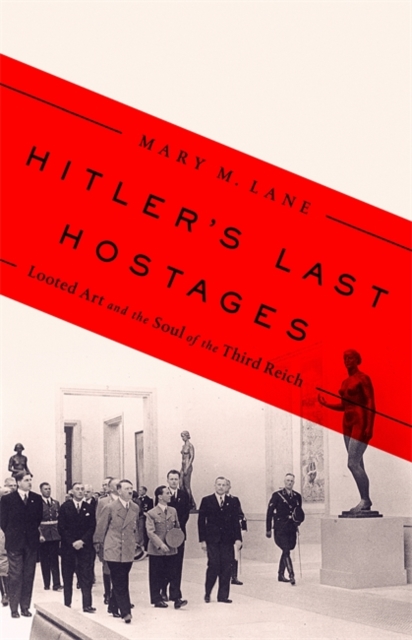 Hitler's Last Hostages : Looted Art and the Soul of the Third Reich Hardback

The story of art is integral to the story of the rise of Nazi Germany.

Adolf Hitler, an artist himself, was obsessed with art--in particular, the aesthetic of a purified regime, scoured of "degenerate" influences that characterized Germany during the 1920s and 1930s. The Germany of Cabaret, hyperinflation, and Rosa Luxemburg was a society in turmoil, and among those who reveled in the discord were a generation of artists for whom art was a political weapon.

They were fierce, inspired, and rebellious, but to Hitler, they were anathema.

When they came to power in 1933, Hitler and Goebbels set their aesthetic vision into motion and removed degenerate art from German life: artists fled the country; museums were purged; and great works disappeared, only a fraction of which were rediscovered at the end of the Second World War.

Most remained in garrets and cellars, the last hostages of the era of the Reich.

In 2014, 1290 works by Chagall, Picasso, Matisse, Otto Dix, Max Beckmann and others were rediscovered.

In Hitler's Last Hostages, Mary Lane brilliantly tells the story of art and the Third Reich, and the fate of Germany's great era of artists as they fought to survive the Nazi era.