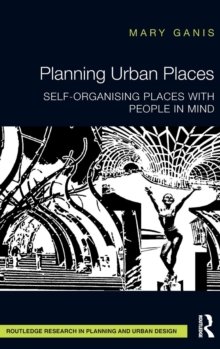 Urban change is often difficult because we are dealing with people's elusive notions of place and perception, time and change.

Urban design and planning in a changing urban context so that it remains relevant for people is elusive because the idea of place is embedded in memory and identity - but whose memory and whose identity?

This book seeks to understand the urban change dynamic so that the planning of urban places aligns with the dynamic of people's perception of place.

Planning Urban Places examines the premise that building cities is a concrete business surrounded by a shifting context.

It discusses the notion of urban design and placemaking from the perspective of place perception and cognitive psychology, place philosophy and human geography.