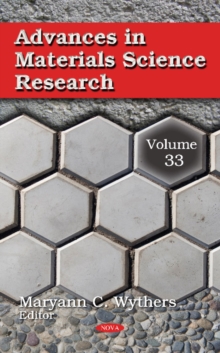 Piezoelectricity is the generation of electrical charge in response to mechanical stress and vice versa.

In this compilation, bismuth-based ceramics having chemical formula 0.96[{Bi0.5 (Na0.84K0.16)0.5}1-xLix(Ti1-yNby)O3]0.04SrTiO3 (BNKLiTNST) with x=y = 00.030 were synthesized by a conventional solid-state reaction method, and a stack-type multilayer actuator was fabricated by using optimal composition.

The effect of Li and Nb co-substitution on structure and electrical properties of BNKTST ceramics was explored.

The extracellular matrix is composed of various types of proteins and carbohydrates, and the compositions are different according to tissue type and developmental and pathological states.

The aim of the following work is to perform a detailed investigation of the evolution of dislocation substructure during hot deformation of austenite within a dynamic recovery regime using transmission electron microscopy.

A 22Cr-19Ni-3Mo (wt.%) model austenitic stainless steel was used as an experimental material and the deformation was performed in torsion at 900 C at a strain rate of 0.7 s-1 to several strain levels.

Among them, carbon aerogels are a new type of nanomaterial: a porous carbon material with a three-dimensional (3D) network.

The authors present various types of carbon aerogels and synthetic strategies to fabricate them.

The applications of carbon aerogels such as catalysis, energy storage, hydrogen storage and oil cleanup are comprehensively discussed.

The well-documented health benefits of tannic acid, along with its low cost has attracted significant interests from researchers.

As such, this compilation also discusses the complexation between tannic acid and proteins leading to fabrication of biodegradable protein-tannic acid multilayers.

The section further explains the different fabrication and characterization techniques, the factors behind the formation of soluble and insoluble complexes, the multilayers physicochemical properties.

Next, the authors present a research review, regarding the study of stress concentration in fiber reinforced polymer composites, made by different authors.

These materials, composed of a matrix and fibers, have a mechanical behavior that depends on the mechanical characteristics of each of them and the orientation of the fibers, variables that are considered in this review, which are evident in the stress concentration due to geometric discontinuities, which can be located in different ways.

The necessity to develop new material solutions for thermal barrier coatings systems is related to the increased outlet temperature in gas turbines.

Results show that the area between the solid phase and liquid phase increases with welding temperature increment; the internal stress at interface of SiCp/AlMg1SiCu releases to improve the strength of welded joints attractively, and more.

Finally, a generalized phenomenological model is developed which describes the process of fragmentation of polycrystalline structure of metals/alloys during severe plastic deformation.

This model has been generalized to achieve the stated goal.

The grain boundaries and dislocations that are responsible for the formation of the fine-grained structure and the limit of the plastic are considered as the main structural defects.