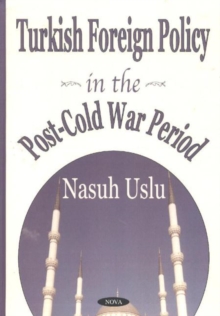 Turkey's proximity to the Balkans, the Caucasus, Central Asia, the Middle East and the Mediterranean (the trouble spots of the new world order) and the new dangers facing her in the first place before other states of the world, especially the West, has made her a front line country of NATO as compared to her position as a flank state of the West during the Cold War and has put her in the very epicentre of the new international environment.

With the outbreak of regional conflicts Turkey's position as an island of stability in the centre of a volatile region, as a barrier against the outbreak and spread of these local wars and as a promoter of regional co-operation has gained more importance.

The new developments have also helped Turkey to gain a weight in regional and world politics as a regional power with an increased physical and strategic strength.

The disintegration of the Soviet Union has terminated the major security threat for Turkey and weakened her regional enemies such as Syria, Iran and Iraq and thus her foreign and security policies have been relieved of certain constraints.

On the other hand, the factors such as the revival of Turkey's cultural, linguistic and historical ties with "the vast land mass of Eurasia" extending from the Balkans to the Caucasus has broadened the scope of Turkish foreign policies and opened up new areas for Turkish economic and political activities.

This new book analyses the character and direction of Turkish foreign policy in the critical period of the post-Cold War era up to the present.

It first gives its framework by focusing on shifts in threat perceptions and the country's strategic importance and on other relevant changes in actors, perceptions and factors of Turkish foreign policy together with new domestic realities and capabilities of Turkey.

After a detailed study of issues concerning the Turkish security and defence with the aim of finding the guarantee or partnership better suited to Turkish interests, the book analyses the main connections of Turkish foreign policy (Western, Eastern, Middle Eastern and Balkan) separately.