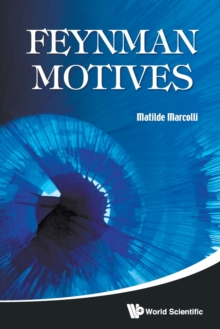 This book presents recent and ongoing research work aimed at understanding the mysterious relation between the computations of Feynman integrals in perturbative quantum field theory and the theory of motives of algebraic varieties and their periods.

One of the main questions in the field is understanding when the residues of Feynman integrals in perturbative quantum field theory evaluate to periods of mixed Tate motives.

The question originates from the occurrence of multiple zeta values in Feynman integrals calculations observed by Broadhurst and Kreimer.Two different approaches to the subject are described.

This approach, which grew out of work of Bloch-Esnault-Kreimer and was more recently developed in joint work of Paolo Aluffi and the author, leads to algebro-geometric and motivic versions of the Feynman rules of quantum field theory and concentrates on explicit constructions of motives and classes in the Grothendieck ring of varieties associated to Feynman integrals.

While the varieties obtained in this way can be arbitrarily complicated as motives, the part of the cohomology that is involved in the Feynman integral computation might still be of the special mixed Tate kind.

A second, "top-down" approach to the problem, developed in the work of Alain Connes and the author, consists of comparing a Tannakian category constructed out of the data of renormalization of perturbative scalar field theories, obtained in the form of a Riemann-Hilbert correspondence, with Tannakian categories of mixed Tate motives.

The book draws connections between these two approaches and gives an overview of other ongoing directions of research in the field, outlining the many connections of perturbative quantum field theory and renormalization to motives, singularity theory, Hodge structures, arithmetic geometry, supermanifolds, algebraic and non-commutative geometry.The text is aimed at researchers in mathematical physics, high energy physics, number theory and algebraic geometry.

Partly based on lecture notes for a graduate course given by the author at Caltech in the fall of 2008, it can also be used by graduate students interested in working in this area.