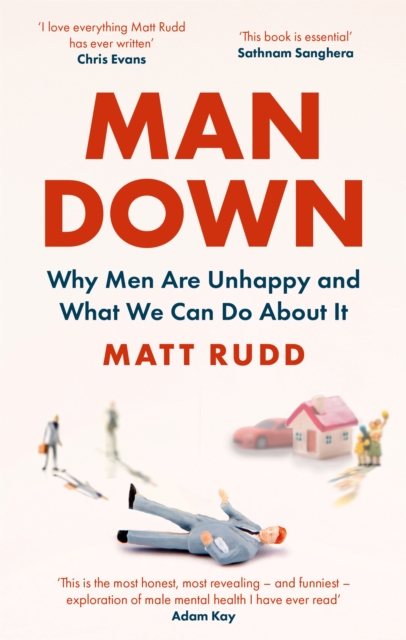 Man Down : Why Men Are Unhappy and What We Can Do About It Paperback / softback

'The most honest, most revealing - and funniest - exploration of male mental health I have ever read' Adam Kay'Matt Rudd may have written the most important book in a generation' Idle SocietyOn the surface, men today don't have much to complain about.

At work, they still get paid more than women for doing the same jobs.

At home, they still shirk most of the unpaid labour.

Putting the bins out does not count. Beneath the surface, it's a different story. An alarming number of men end up anxious, exhausted, depressed - and very reluctant to admit they are.

Even if they do everything that's expected of them in work, life and fatherhood, genuine happiness is still elusive.

By midlife, their levels of stress are higher and their levels of wellbeing are lower - and work-life balance turns out to be just a cruel illusion. The evidence is clear and ironic: the system set up by men for men doesn't work for men either.

It is making none of us happy. In Man Down, Matt Rudd takes the long view on this perplexing paradox.

Drawing on stories from his own life, and the varied lives of the other men he has interviewed, he goes back to the beginning to consider what makes the modern man - how the seeds of midlife misery are sown in the school playground and cultivated through adolescence and into adulthood.

By turns compassionate and provocative, Man Down asks the important question: is midlife unhappiness inevitable?

Also by Matt Rudd  |  View all 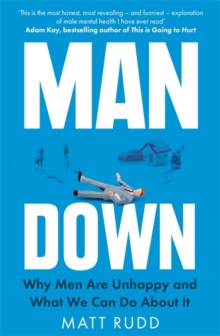 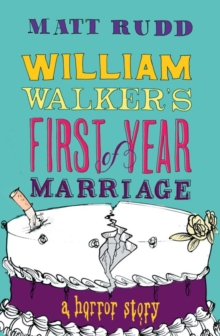 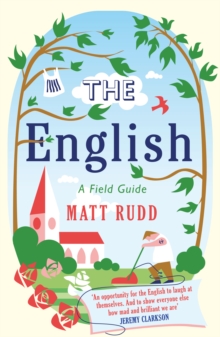 The English: A Field Guide 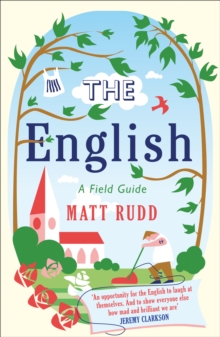