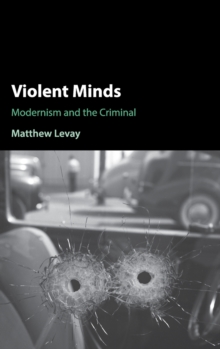 Just as cultural attitudes toward criminality were undergoing profound shifts in the late nineteenth and early twentieth centuries, modernist authors became fascinated by crime and its perpetrators, as well as the burgeoning genre of crime fiction.

Throughout the period, a diverse range of British and American novelists took the criminal as a case study for experimenting with forms of psychological representation while also drawing on the conventions of crime fiction in order to imagine new ways of conceptualizing the criminal mind.