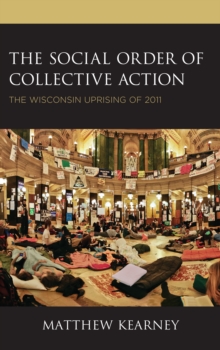 The Social Order of Collective Action : The Wisconsin Uprising of 2011 Hardback

The Wisconsin Uprising of 2011 was one of the largest sustained collective actions in the history of the United States.

Newly-elected Governor Scott Walker introduced a shock proposal that threatened the existence of public unions and access to basic health care, then insisted on rapid passage.

The protests that erupted were neither planned nor coordinated.

The largest, in Madison, consolidated literally overnight into a horizontally organized leaderless and leaderful community.

That community featured a high level of internal social order, complete with distribution of food and basic medical care, group assemblies for collective decision making, written rules and crowd marshaling to enforce them, and a moral community that made a profound emotional impact on its members.

The resistance created a functioning commune inside the Wisconsin State Capitol Building. In contrast to what many social movement theories would predict, this round-the-clock protest grew to enormous size and lasted for weeks without direction from formal organizations.

This book, written by a protest insider, argues based on immersive ethnographic observation and extensive interviewing that the movement had minimal direction from organizations or structure from political processes.

Instead, it emerged interactively from collective effervescence, improvised non-hierarchical mechanisms of communication, and an escalating obligation for like-minded people to join and maintain their participation.

Overall, the findings demonstrate that a large and complex collective action can occur without direction from formal organizations. 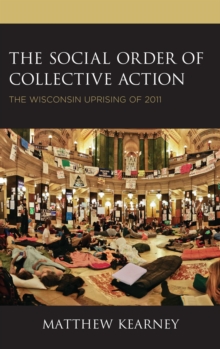 The Social Order of Collective Action