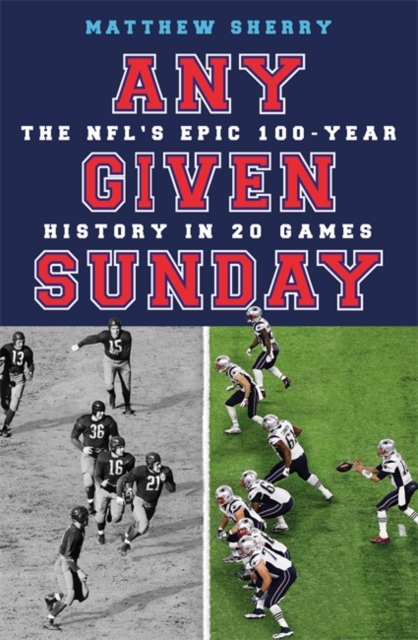 Any Given Sunday : The NFL's Epic 100-Year History in 20 Games Hardback

17th September 2020 will mark the centenary of the National Football League.

It will reach that landmark as a behemoth, an all-encompassing conglomerate that is the most lucrative sports league in the world - and also the dominant pop culture entity in the United States.

The International Series has been heading to London since 2007 with incredible sell-outs at the four games in 2019 at Wembley and the Tottenham Hotspur Stadiums. This may lead some to believe the league has always been a roaring success story.

History contradicts that reputation, for the NFL of today is a by-product of the humblest beginnings.

It is a rocky road filled with genius detours and wrong turns; with heroes and villains; and, most importantly, with thousands of games.

Any Given Sunday will detail some of the biggest of those, beginning with the first contest ever played in 1920 and working through to multiple key fixtures from last season.

Each chapter will be complemented by countless interviews with some of the game's true legends, from Hall of Fame players and coaches to owners and executives; first-hand accounts from games, including multiple Super Bowls; and, finally, full access to the Pro Football Hall of Fame and NFL Films' extensive archives, including pieces not available to the public. Any Given Sunday takes readers from the boardrooms to the field, into the locker-room and inside the journeys of legends, providing a full snapshot of the NFL's epic first century. 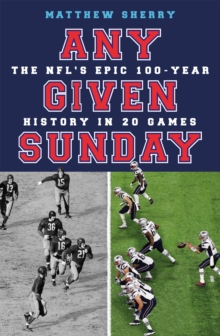 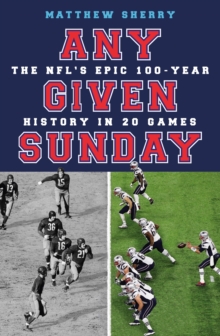