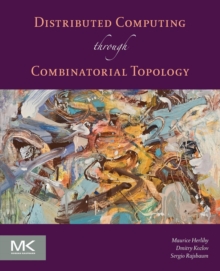 The authors present a solid theoretical foundation relevant to many real systems reliant on parallelism with unpredictable delays, such as multicore microprocessors, wireless networks, distributed systems, and Internet protocols. Today, a new student or researcher must assemble a collection of scattered conference publications, which are typically terse and commonly use different notations and terminologies.

The next section presents core concepts in two chapters each: first, proving a simple result that lends itself to examples and pictures that will build up readers' intuition; then generalizing the concept to prove a more sophisticated result.

The overall result weaves together and develops the basic concepts of the field, presenting them in a gradual and intuitively appealing way.

The book's final section discusses advanced topics typically found in a graduate-level course for those who wish to explore further.