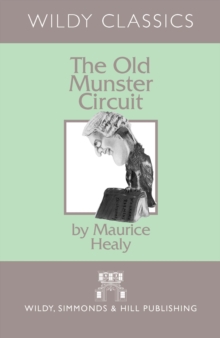 Part of the Wildy Classics series

The Old Munster Circuit the legal memoirs of Maurice Healy, was first published in 1939 by Michael Joseph, and has reappeared in several editions over the last 60 years.

It has been out of print in recent times and much sought after.

This edition also contains a Biographical Introduction by Charles Lysaght. These amusing memoirs affectionately describe the workings and people of the Munster Circuit, where Healy practised from 1910 to 1914.

Healy goes to some length in trying to describe and explain his countrymen to an English audience: "The difference of atmosphere between the two countries was exemplified in a case of my father's which came to be tried in London before Mr Justice Darling.

The point at issue was the identity of a valuable picture, and hosts of witnesses, many of them humble Irish folk, were examined on either side.

One of these Irishmen who had tuned his harp to the romantic air of his own County Court was a shock to a judge of pedestrian imagination.

Darling at last turned to him sternly and said 'Tell me, in your country, what happens to a witness who does not tell the truth?' 'Begor, me Lord,' replied the Irishman, with a candour that disarmed all criticism, 'I think his side usually wins.'One of Ten Literary Classics chosen by Gary Slapper in The Times Student Law Supplement of 18.10.2005. He writes:-''Literature with a legal content is extensive and highly varied.

The law is interwoven with all life, and students wishing to excel at law should read widely.

The more styles, forms and epochs of literature you read, the better.'' Of The Old Munster Circuit he saysA charming unstructured anthology of humorous legal anecdotes from Ireland.

The stories include instances of judicial severity like that of Lord Justice Holmes's sentencing an old man from a farming community to 15 years.

Also in the Wildy Classics series 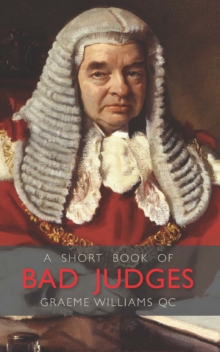 A Short Book of Bad Judges 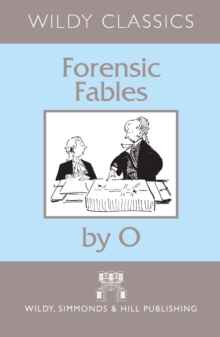