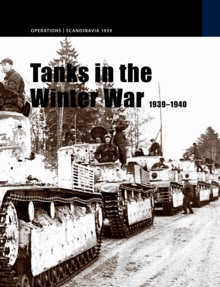 This book is based upon Russian sources and therefore stands out remarkably from other books on the market about the Finish Winter War.

You are given a concise account of the Soviet units, their equipment, and the commanders and operations.

You also get an account of the Finish defense, the fortifications, the obstacles, the mines, and the armors.

Furthermore, the only tank battle of the Winter War is described in detail.