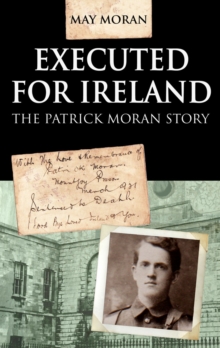 Born in Boyle, Co. Roscommon, Patrick Moran lived most of his adult life in Dublin where he took an active part in the GAA, the Gaelic League, the Trade Unions and the Irish Volunteers.

He was an active participant in the 1916 Rising and was deported to England after the surrender.

On his return in August 1916 he renewed his interest in football and hurling, became a founder member of the Grocers, Vintners and Allied Trades Assistants and he helped to reorganise the Volunteers in Dublin and in his native Roscommon.

He was arrested following the assassinations of British Intelligence Officers in Dublin on Bloody Sunday, 21 November 1920, and was finally charged and convicted by a court martial for the murder of Lieutenants Ames and Bennett.

He was executed by hanging in March 1921 amid calls from civil and religious leaders for the King of England to exercise the Prerogative of Mercy in an upsurge of overwhelming belief that he was innocent.

Also by May Moran 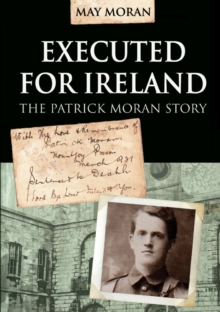