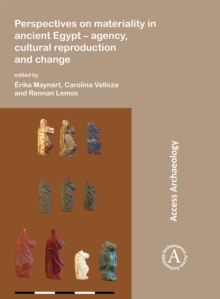 In the volume, mainly young scholars in Brazil, France, Germany and the UK approach the potential of materiality based on several case studies covering a wide range of topics such as Egyptian art, recent perspectives on sex and gender, hierarchies, and the materiality of textual sources and images.

The idea of gathering young scholars to discuss 'materiality' first took place in the form of a colloquium organised in Sao Paulo, but soon after became a more encompassing project aspiring to produce a publication.

The editors' aimed to include researchers from various places, which makes the volume a materialisation of fruitful collaborations between individuals coming from different scholarly traditions.

The combination of different ways of looking at the ancient material culture can hopefully contribute to the renovation of theory and practice in Egyptology.

The editors believe that the emphasis on diversity- of background histories, national traditions and mind-sets-is one the main elements that can be used to boost new perspectives in a connected, globalised and hopefully less unequal world.