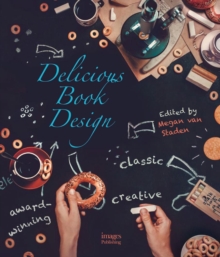 The first part introduces some classical formats that many designers use, with clear, detailed explanatory notes; the second part features a variety of creative and original formats not commonly seen, which could definitely attract more readers.

Finally the book presents several award-winning works, most of which are winners of the Gourmand World Awards.

This title is destined to be a design bible for professional designers and students of design alike. AUTHOR: Born in South Africa, raised in New Zealand, Megan van Staden currently resides in London, freelancing as a book designer for Hachette and Penguin Random House.

Her sensitivity to subject matter and versatility won her the title of Awa Press Young Designer of the Year in 2012.

She has also had a few books shortlist in the PANZ Book Design Awards. SELLING POINTS: - The ultimate food book design 'bible' for global designers 200 col.