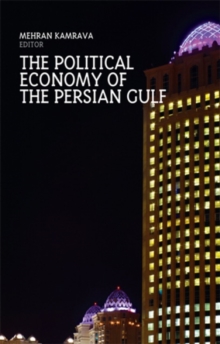 The Political Economy of the Persian Gulf Paperback / softback

Change occurs rapidly in the Persian Gulf. While some states have capitalised on the fast-paced nature of globalised fiscal transactions and have become important markets for foreign investment, others have fallen victim to such speculations.

The 'Dubai Model' of economic diversification is being re-evaluated as the GCC states continue to seek the best means of organizing their economies and competing within the global order.

Explaining the different ways in which globalising forces have shaped new dimensions to the political economy of the Persian Gulf states, this book evaluates the changes that have occurred, especially in light of the ongoing global economic crisis.

Mutually beneficial rentier arrangements have guided the GCC countries formation of oil-based economies and labor relations in the past, but will this necessarily be the case in the future?

This book addresses key issues including discussion on the future demographic aspects of the GCC; the feasibility of establishing a GCC monetary union; the effects of rentierism on state autonomy; and analysis of sovereign wealth funds and Islamic banking models.