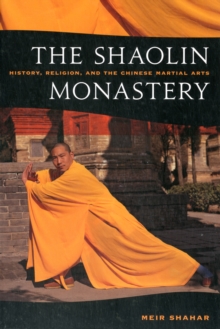 The Shaolin Monastery charts, for the first time in any language, the history of the Shaolin Temple and the evolution of its world-renowned martial arts.

In this meticulously researched and eminently readable study, Meir Shahar considers the economic, political, and religious factors that led Shaolin monks to disregard the Buddhist prohibition against violence and instead create fighting techniques that by the twenty-first century have spread throughout the world.

He examines the monks' relations with successive Chinese regimes, beginning with the assistance they lent to the seventh-century Emperor Li Shimin and culminating more than a millennium later with their complex relations with Qing rulers, who suspected them of rebellion.

He reveals the intimate connection between monastic violence and the veneration of the violent divinities of Buddhism and analyzes the Shaolin association of martial discipline and the search for spiritual enlightenment. Shahar's exploration of the evolution of Shaolin fighting techniques serves as a prism through which to consider martial-art history in general.

He correlates the emergence of the famous bare-handed techniques of Taiji Quan, Xingyi Quan, and Shaolin Quan in the sixteenth and seventeenth centuries to the social, political, and religious trends of that age.

He then goes on to argue that these techniques were created not only for fighting, but also for religious and therapeutic purposes.

Thus his work fills an important gap in the understanding of Chinese religion and medicine as well as the martial arts. The Shaolin Monastery is the most exhaustive study to date on the topic and the most systematic introduction to the history and the religious context of the Chinese martial arts tradition.

It will engage those interested in Chinese religion and history and martial arts, illuminating for specialists, martial artists, and general readers alike the history and nature of a martial tradition that continues to grow in popularity in its native land and abroad. 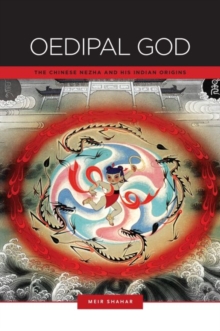