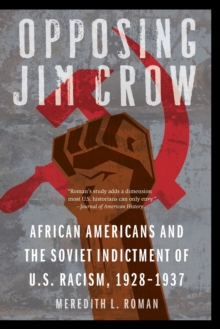 Part of the Justice and Social Inquiry series

Before the Nazis came to power in Germany, Soviet officials had already labeled the United States the most racist country in the world.

In contrast the Soviets represented the USSR itself as a superior society where racism was absent and identified African Americans as valued allies in resisting an imminent imperialist war against the first workers' state. Meredith L. Roman's Opposing Jim Crow examines the period between 1928 and 1937, when the promotion of antiracism by party and trade union officials in Moscow became a priority.

Although Soviet leaders stood to gain considerable propagandistic value at home and abroad by drawing attention to U.S. racism, their actions simultaneously directed attention to the routine violation of human rights that African Americans suffered as citizens of the United States.

African Americans of various political and socioeconomic backgrounds became indispensable contributors to the Soviet antiracism campaign and helped officials in Moscow challenge the United States' claim to be the world's beacon of democracy and freedom. 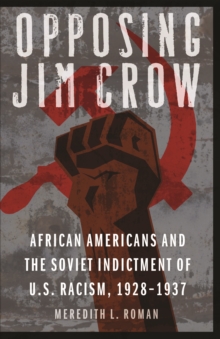 Also in the Justice and Social Inquiry series 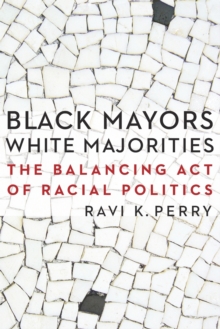