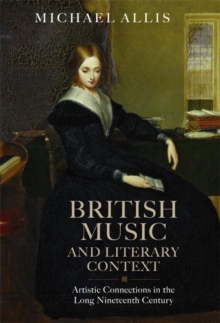 Despite several recent monographs, editions and recordings devoted to the reassessment of British music in the late nineteenth and early twentieth century, some negative perceptions still remain - particularly a sense that British composers in this period somehow lacked literary credentials.

British Music and Literary Context counters this perception by showing that these composers displayed a real confidence and assurance in refiguring literary texts in their music.

The book explores how a literary context might offer modern audiences and listeners a 'way in' to appreciate specific works that have traditionally been viewed as problematic.

Each chapter of this interdisciplinary study juxtaposes a British composer with a particular literary counterpart or genre. Chapter one focuses upon the artistic collaboration between Hubert Parry and Robert Bridges; chapter two explores how Charles Villiers Stanford consistently returned to Tennyson's texts throughout his compositional career; chapters three and four suggest how an orchestral drama by Granville Bantock might represent a close reading of a poem by Robert Browning, and how structure and imagery in a novel by Edward Bulwer Lytton might inform a reading of Edward Elgar's Piano Quintet op.84.

The final chapter offers parallels between narrative strategies in Victorian travel literature (including works by Charles Dickens and George Gissing) and the nature of musical events in Elgar's concert overture In the South op.50. Issues highlighted in the book include the vexed relationship between words and music, the refiguring of literary narratives as musical structures, and the ways in which musical settings or representations of literary texts might be seen as critical 'readings' of those texts.

Anyone interested in nineteenth century British music, literature and Victorian studies will enjoy this thought-provoking and perceptive book. Michael Allis is Senior Lecturer in the School of Music, University of Leeds 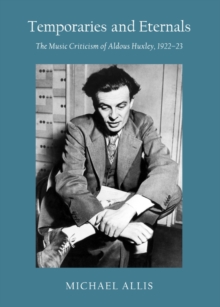 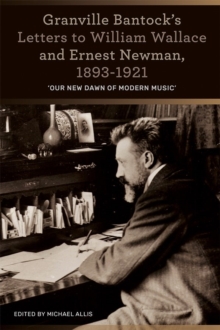