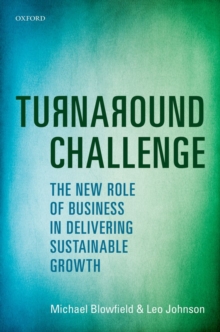 Turnaround Challenge : Business and the City of the Future Hardback

Do we have the rights to optimism? Can capitalism deliver a next great wave of growth? The future, wrote William Gibson, is already here. It just isn't evenly distributed yet. Lucid and polemical, Turnaround Challenge is a dig into that future and its meaning for business.

It dissects the nexus of social, economic, environmental and governance crises confronting us, and a series of colliding megatrends with the potential to reshapeopportunities for growth. Three cities of the future are emerging. The first is Petropolis, the alluringly familiar but decreasingly resilient city, locked into the century old technologies of fossil fuel-driven mass production.

This is the city of rising inequality, credit-fuelled consumption, offshored jobs, climate volatility, and unsustainable household and national debt.

The second city is Cyburbia . This is mass production on the steroids of IT: the latest manifestation of science fictions citywithout pain, but one inhabited by voice-activated popcorn dispensers, of athletics' shoes with in-built Twitter feeds, of sensor-packed and censoring glass towers that risk reducing their citizens to digital factors of production in the supply chain of big data.

The third is the Distributed City, where technology isdeployed with the intent to connect us not virtually but physically-from Nairobi's network of innovation spaces to Hamburg's Participatory Budgeting experiments, from Barcelona's network for micro-manufacturing, to Austin's distributed smart grid. These are the cities of society's future, and they have very different implications for business success, and our ability to navigate the social, economic, and environmental megatrends that confront us.

Blowfield and Johnson present the DNA of the winners of the future, high growth and disruptive businesses, emerging from the bottom up, and with the capacity to tackle society's biggest challenges head on. 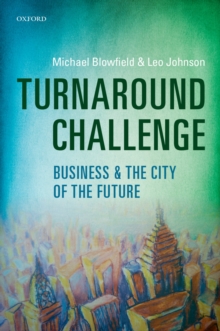 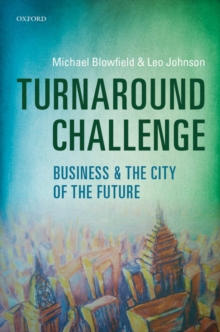