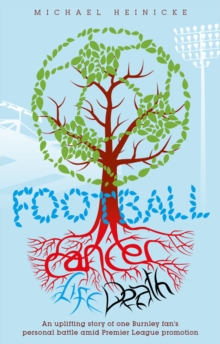 Interspersed with 25 years of exhilarating and heartening memories of life as a Burnley FC supporter, the book takes you back to his first match, as seen through the eyes of a six-year-old boy.

The depth of detail woven into Michael's accounts of Burnley matches through the decades - from the old, decaying terraces of Division Four to the euphoria of a Wembley promotion to the Premier League - will strike a chord with football fans everywhere.

Back in the present day, his descriptions of medical appointments and chemotherapy treatment will unexpectedly have you laughing out loud.

Michael was 32 and the father of three young children when he was diagnosed with non-Hodgkin lymphoma in 2014.

His story breaks down conventional cancer myths and shows us that sometimes, for a lucky few, life's curveballs can be more positive than negative, bringing a tale of hope to that unfathomable and unbearable cancer diagnosis.