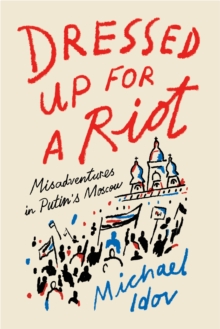 Dressed Up for a Riot : Misadventures in Putin's Moscow Hardback

In this crackling memoir, the journalist and novelist Michael Idov recounts the tempestuous years he spent living alongside - and closely observing - the media and cultural elite of Putin's Russia.

After accepting a surprise offer to become the editor in chief of GQ Russia, Idov and his family arrive in a Moscow still seething from a dubious election and the mass anti-Putin rallies that erupted in response.

Idov is fascinated by the political turmoil but nonetheless finds himself pulled in unlikely directions.

He becomes a tabloid celebrity, acts in a Russian movie with Snoop Dogg, befriends the members of Pussy Riot, punches an anti-Semitic magazine editor on the steps of the Bolshoi Theatre, sells an autobiographical sitcom pilot that is later changed into an anti- American farce, and writes Russia's top-grossing domestic movie of 2015.

Meanwhile, he becomes disillusioned with the splintering opposition to Putin and is briefly attracted to a kind of jaded Putinism lite - until Russia's invasion of Ukraine thoroughly changes his mind.

In Dressed Up for a Riot, Idov writes openly, sensitively, and stingingly about life in Moscow and his place in a media apparatus that sometimes undermined but more often bolstered a state system defined by cynicism, corruption, and the fanning of fake news.

With humour and intelligence, he offers a close-up glimpse of what a declining world power can become. 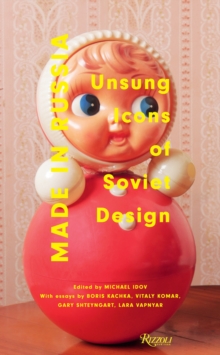