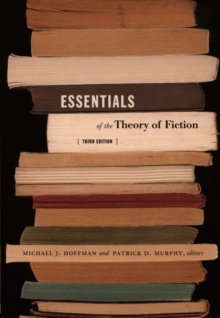 Essentials of the Theory of Fiction Hardback

What accounts for the power of stories to both entertain and illuminate?

This question has long compelled the attention of storytellers and students of literature alike, and over the past several decades it has opened up broader dialogues about the nature of culture and interpretation.

This third edition of the bestselling Essentials of the Theory of Fiction provides a comprehensive view of the theory of fiction from the nineteenth century through modernism and postmodernism to the present.

It offers a sample of major theories of fictional technique while emphasizing recent developments in literary criticism.

The essays cover a variety of topics, including voice, point of view, narration, sequencing, gender, and race.

For students and generalists alike, Essentials of the Theory of Fiction is an invaluable resource for understanding how fiction works.Contributors.