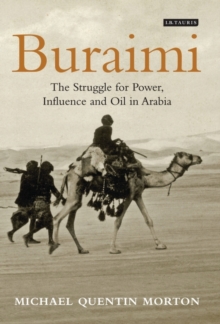 Buraimi : The Struggle for Power, Influence and Oil in Arabia Hardback

Buraimi is an oasis in an otherwise bleak desert on the border between Oman and the UAE.

In the early twentieth century, it shot to notoriety as oil brought the world's attention to this corner of the Arabian Peninsula, and the ensuing battle over energy resources between regional and global superpowers began.

In this lively account, Michael Quentin Morton tells the story of how the power of oil and the conflicting interests of the declining British Empire and the United States all came to a head with the conflict between Great Britain and Saudi Arabia, shaping the very future of the Gulf states.

The seeds of conflict over Buraimi were sown during the oil negotiations of 1933 in Jedda, where the international oil companies vied for control of the future industry in the Arabian Peninsula.

As a result of lengthy discussions, including the efforts of men such as St John Philby and Ibn Saud himself, the Saudis granted an oil concession for Eastern Arabia without precisely defining the geographical limits of the area to be conceded. Matters came to a head in 1949 when Saudi Arabia made claim to the territory, and Great Britain, acting on behalf of Oman and Abu Dhabi, challenged the actions of the Saudis.

Attempts at arbitration failed, and only one year before Britain's defeat over the Suez Canal, Britain expelled Saudi Arabia from the oasis.

In the wake of Britain's withdrawal 'East of Suez' in the early 1970s, the dispute was apparently solved between Saudi Arabia and the UAE.

But whilst the controversy dominated Anglo-Saudi relations for more than 30 years, it still casts its shadow across the Gulf today, threatening to expose the fragility of the West's ever-present dependency on the region for its supply of oil.

Morton brings a range of historical figures to life, from the American oilmen arriving in steamy Jedda in the 1930s, to the rival sheikhs of Buraimi itself competing for power, wealth and allegiances as well as the great players in world politics: Churchill, Truman and Ibn Saud. This entertaining and thoroughly researched book is both a story of a decisive conflict in the history of Middle East politics and also of the great changes that the discovery of oil brought to this previously desolate land. 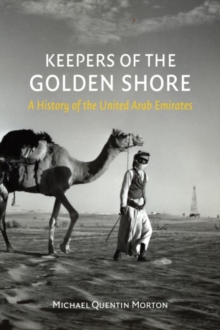 Keepers of the Golden Shore 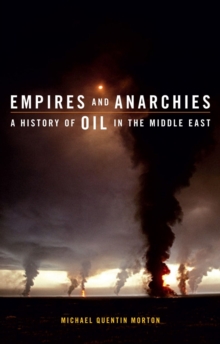