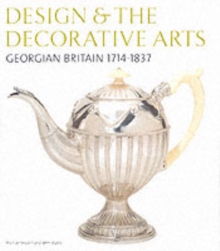 The word Georgian is more than just a label for this period in British history - it has come to signify the design and decorative arts of an era regarded by many as the pinnacle of elegance and refinement.

But the reputation enjoyed by designers like Thomas Chippendale, Robert Adam and Thomas Sheraton was hard won.

At the beginning of the Georgian period, Britain was not a trendsetter in design and the decorative arts.

The work of British designers and craftspeople earned international acclaim only gradually during the Georgian years.

This growing international respect went hand-in-hand with Britain's rise to prominence as a world power and the transformations in production methods associated with the Industrial Revolution.

Lavishly illustrated and unmatched in its coverage, this book explores design and the decorative arts from a number of points of view.

It assesses their place in the wider history of Georgian Britain.

It examines style, the question of how things looked.

It asks who led taste; who decided what was to be considered beautiful, fashionable and desirable.

It looks at how fashionable things - from houses to clothing - were used.

It asks what was new, examining new products and innovations in the ways they were made.

Together, the chapters provide an indispensable resource for the study of the visual culture of the Georgian period. 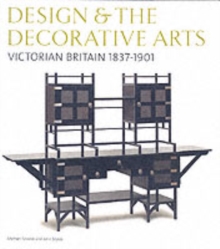