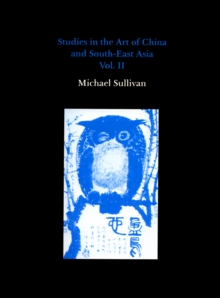 Studies in the Art of China and South-east Asia : v. 2 Hardback

This second volume of Professor Sullivan's studies covers his work on modern Chinese art and the art and archaeology of South-East Asia.

The break between traditional Chinese painting and the European-influenced art of the twentieth century is charted in detail, with an introductory paper that explores the value of the traditional aesthetic for the future of China and East Asia.

The developments in Chinese art in the twentieth century are then examined.

The conflict between traditional values and new ideas in art, particularly the Marxist legacy of modern China, are dealt with in three further papers, and a final study is devoted to new trends in Chinese art following the trauma of the Cultural Revolution.

The author's work on the art of South-East Asia is introduced by three studies on finds of Chinese export porcelain in this region.

The close links between Chinese civilization and the native cultures is covered in detail, but as the following studies show, there was much that was original in the art of the region, and Indian elements were also important.

The volume concludes with a study of the nineteenth-century Japanese painter, Tessai, whose debt to Chinese art was considerable.

Contents: Preface Traditional Aesthetics: Help or Hindrance to the Resurgence of East Asia?

The Traditional Trend in Contemporary Chinese Art A Fresh Look at Twentieth Century Chinese Painting: Contemporary Chinese Painting from the People's Republic of China Art and the Social Framework Values through Art: Social Ethics as an Aesthetic Art in China Today: New Directions in Chinese Art Notes on Chinese Export Wares in Southeast Asia: Kendi Chinese Export Porcelain in Singapore Archaeology in the Philippines Archaeology in Thailand Today, Excavations in Kedah and Province Wellesley - 1957 The P'ra Sila of Chiengmai and its Replicas "Raja Bersiong's Flagpole Base": A Possible Link between Ancient Malaya and Champa The Discovery of Angkor Sketches of Penang by James Wathen in the University of Malaya Art Museum Tessai Additional Notes Index

Also by Michael Sullivan   |  View all 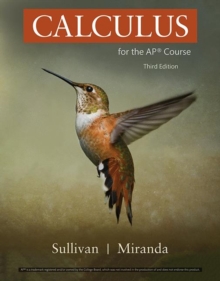 Calculus for the AP (R) Course 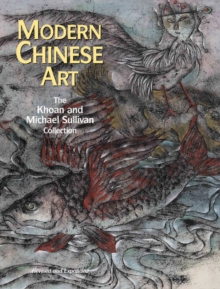 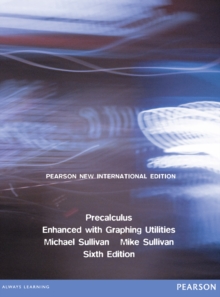 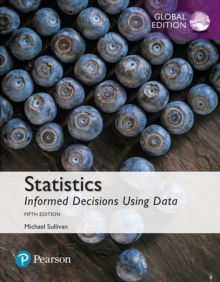