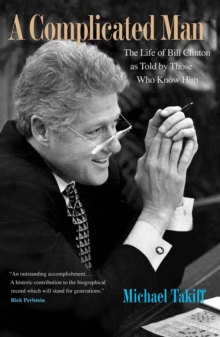 A Complicated Man : The Life of Bill Clinton as Told by Those Who Know Him EPUB

';An astonishing collection of 171 interviews with Clinton's friends, foes, admirers, and detractors as well as reporters and political analysts.'Booklist (starred review).

Though Bill Clinton has been out of office since 2001, public fascination with him continues unabated.Many books about Clinton have been published in recent years, but shockingly, no single-volume biography covers the full scope of Clinton's life from the cradle to the present day, not even Clinton's own account,My Life. More troubling still, books on Clinton have tended to be highly polarized, casting the former president in an overly positive or negative light.
In this, the first complete oral history of Clinton's life, historian Michael Takiff presents the first truly balanced book on one of our nation's most controversial and fascinating presidents. Through more than 150 chronologically arranged interviews with key figuresincluding Bob Dole, James Carville, and Tom Brokaw, among many othersA Complicated Mangoes far beyond the well-worn party-line territory to capture the larger-than-life essence of Clinton the man. With the tremendous attention given to the Lewinsky scandal, it is easy to overlook the president's humble upbringing, as well as his many achievements at home and abroad: the longest economic boom in American history, a balanced budget, successful intervention in the Balkans, and a series of landmark, if controversial, free-trade agreements. Through the candid recollections of Takiff's many subjects,A Complicated Manleaves no area unexplored, revealing the most complete and unexpected portrait of our forty-second president published to date. 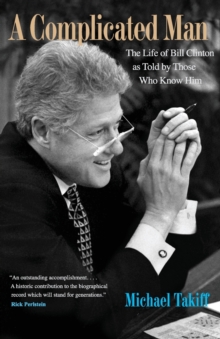 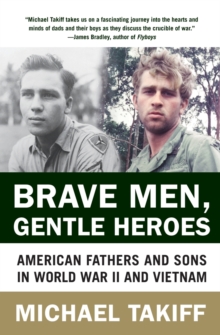