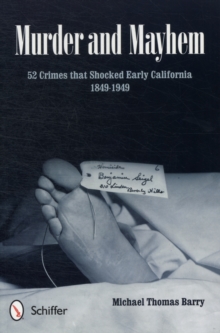 Relive some of the most notorious and long-forgotten historical crime stories of early California, from the Gold Rush to the mid-twentieth century.

Told through shocking newspaper headlines of the time, these 52 stories include the exploits and dastardly deeds of infamous bandits, Joaquin Murrieta, Juan Flores, and Tiburcio Vasquez.

Also discussed are a treasure trove of unsolved murders including the notorious Black Dahlia slaying, the killing of mobster Bugsy Siegel, and the San Diego Slayer case.

These true tales come to life with dozens of rare photographs.

Sit back and relax as the darker side of the Golden State is explored. 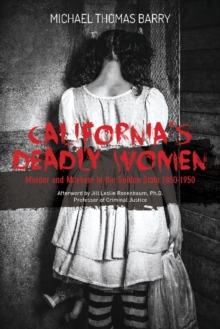