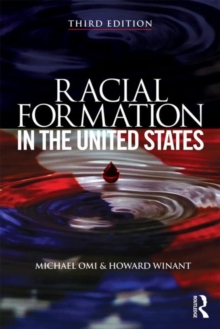 Twenty years since the publication of the Second Edition and more than thirty years since the publication of the original book, Racial Formation in the United States now arrives with each chapter radically revised and rewritten by authors Michael Omi and Howard Winant, but the overall purpose and vision of this classic remains the same: Omi and Winant provide an account of how concepts of race are created and transformed, how they become the focus of political conflict, and how they come to shape and permeate both identities and institutions.

The steady journey of the U.S. toward a majority nonwhite population, the ongoing evisceration of the political legacy of the early post-World War II civil rights movement, the initiation of the 'war on terror' with its attendant Islamophobia, the rise of a mass immigrants rights movement, the formulation of race/class/gender 'intersectionality' theories, and the election and reelection of a black President of the United States are some of the many new racial conditions Racial Formation now covers.