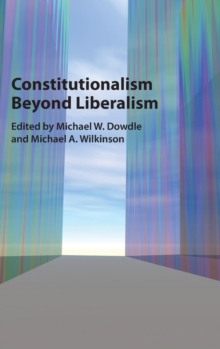 Through these examinations, the volume seeks to expand our appreciation of the human possibilities of constitutionalism, exploring constitutionalism not merely as a restriction on the powers of government, but also as a creating collective political and social possibilities in diverse geographical and historical settings.