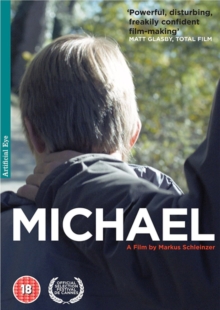 Austrian drama examining the fraught dual existence of an outwardly respectable man who keeps a ten-year-old boy locked in his basement.

Michael (Michael Fuith) appears to be an ordinary member of society.

He holds down a steady, well-paid job, pays visits to his family and neighbours and maintains a clean and orderly house.

However, unknown to his friends, Michael is a paedophile who keeps a young boy, Wolfgang (David Rauchenberger), in a furnished room in his basement.

Though their respective roles of victim and abuser are clear, the duration of Wolfgang's captivity has led to a certain complexity developing in the relationship between the man and child.

For all that Wolfgang loathes and resents Michael, he has also come to perceive him as his only human contact and source of company.

Will the sanity of both survive the stresses that occur as Michael struggles to maintain his respectable facade?