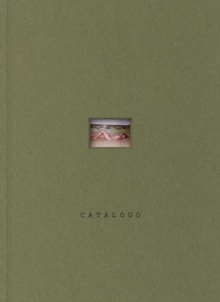 Catalogo gathers photographs of prostitutes that were provided to the select clients of a brothel and shown to artist Miguel Calderon by his uncle when he was thirteen years old, so that he could choose one of them to undergo his "initiation into manhood." Thirty years later, Calderon has recovered these images and transformed them into part of a narrative which, out of a very specific context and age, he uses to analyze and recount his sexual awakening.

But what happens when a child grows into a youth thinking that sex has a monetary value and that making love without paying for it is rather the exception than the norm?The loss of their virginity has always been a rite of initiation that adolescents have to face.

In Mexico City in the 1980s the beginning of a youngster's sexual life was largely conditioned by the social pressures exerted by his classmates.

To remain a virgin was synonymous with weakness and mockery; losing one's virginity became a matter of life and death, generally achieved by avisit to a brothel.

The girls in the boy's life, whether classmates or neighbors, only increased the pressure by insisting that they would not lose their virginity until marriage.

The girls themselves were part of a social construct in which it was implicit that the boys would lose their virginity to a prostitute.

But the brothels were not charitable organizations: you had to pay.

For that there were the grandfathers' gold pens, the candlesticks, the wallets of absent-minded mothers, and the complete collections of Star Wars.