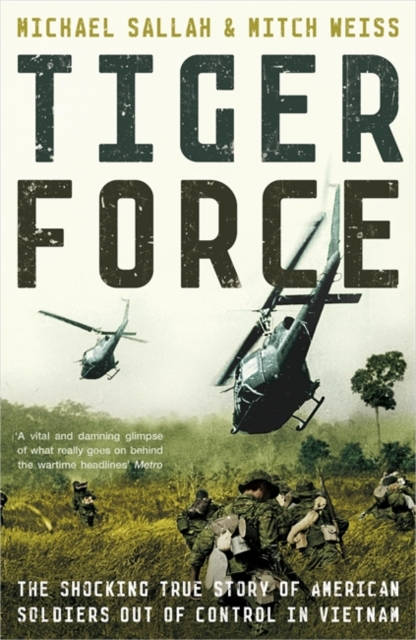 For seven months in 1967 the soldiers of Tiger Force lost control in a frenzy of torture, mutilation and cold-blooded murder.

Stories started to leak back of women and children blown to pieces; of innocent civilians being routinely executed; of beheaded children and necklaces made from the severed ears of the dead.

Afterwards no-one would talk about what happened, and the official investigation was swiftly curtailed. The actions of Tiger Force in the Vietnam war have never been made public; some have even alleged they were subject to a government cover-up.

The experimental unit of elite soldiers found itself in a brutal and baffling war where there were no rules, and their reaction was catastrophic. TIGER FORCE is the previously unheard account of the true actions of these doomed men, and the consequences of this dark chapter in recent history.