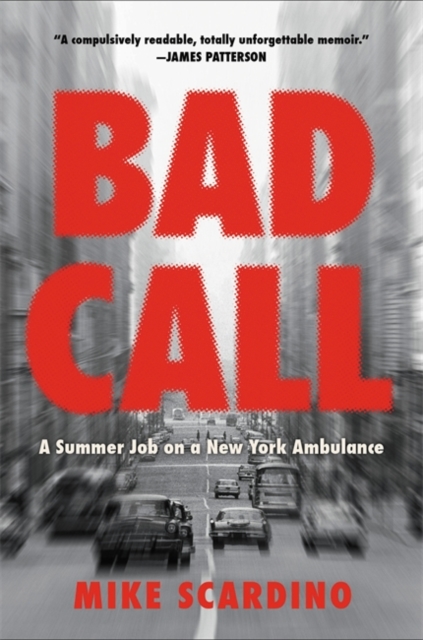 "A compulsively readable, totally unforgettable memoir that recounts a sensitive college student's experience working on an emergency ambulance in hell, aka New York City." -- James PattersonIn 1967, Mike Scardino was an eighteen year-old pre-med student with a problem - his parents couldn't afford to pay his college tuition.

Luckily, Mike's dad hooked him up with a lucrative, albeit unusual, summer job, one he's never forgotten.

Bad Call is Mike's visceral, fast-moving, and mordantly funny account of the summers he spent working as an "ambulance attendant" on the mean streets of late 1960s New York, at a time when emergency medicine looked nothing like it does today.

Fueled by adrenaline and Sabrett's hot dogs, he crossed third rails to pick up injured trainmen, encountered a woman attacked by rats, attended to victims of a plane crash at JFK airport, was nearly murdered, and got an early and indelible education in the impermanence of life.

But his work also afforded moments of rare beauty, hope, and everyday heroism, and it changed the course of Mike's life as well as the way he saw the world.

Action-packed, poignant, and rich with details that bring Mike's world to life, Bad Call is a gritty portrait of a bygone era as well as a thrilling tale of one man's coming of age.