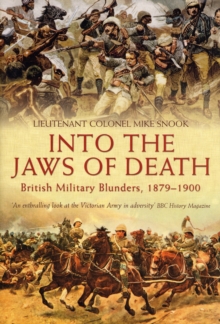 Into the Jaws of Death: British Military Blunders, 1879-1900 Hardback

Between the Crimean War and the dawn of the 20th century, the British Army was almost continuously engaged in one corner of the globe or another, in military operations famously characterized by Kipling as the 'savage wars of peace'.

Here focuses closely on defeat and disaster - the occasions when things went badly awry for the British.

The names of these great battles - Isandlwana, Maiwand, Majuba Hill, Khartoum, Colenso, Spion Kop and Magersfontein still resonate down through the ages.

In a meticulously researched military history, the author exposes the true and sometimes embarrassing causes of defeat.

Above all else, however, these are dramatic and perceptive accounts of mere mortal men struggling to deal with the often overpowering dynamics and horrors of 19th-century warfare on the fringes of Empire. 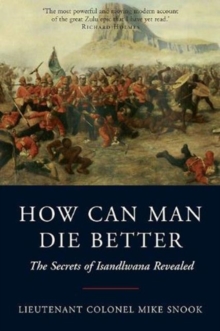 How Can Man Die Better 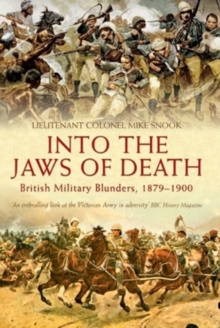