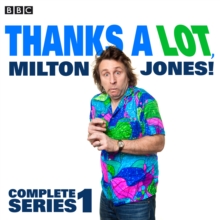 Mention Milton Jones to most people and the first thing they think is 'Help!' And in this show, with the help of trusty assistant Anton, he has decided to set himself up as a man who can help anyone anywhere - whether they need it or not. Because, in his own words - 'No problem too problemy'. So when you're close to the edge, Milton can give you a push... In the first of these six episodes, Milton has decided to become a wedding planner. But when a distraught bride comes to the door with the case of the vanishing groom-to-be, Milton is all set to help. In Episode Two, when a new rail line threatens a tiny dormouse, Milton decides it's time to put his foot down - carefully... In the next episode, when the local seafarers' pub starts only serving coffee, there's no denying it's rum....The coffee, that is. So who better than Milton to sort it out? Episode Four, and a friend who runs a B&B is in trouble - so it's time for Milton to dust off those nylon sheets and let the sparks fly! After that, in Episode Five, Milton is asked for help because there are ugly rumours about the local farm going too far with its GM crops. At least, that's what the vegetables are saying. And in the final episode, Milton is asked to help out with the local book festival because the townsfolk are too distracted by their smartphones to - sorry, what was I saying? Sorry, just got a text... The man they call 'Britain's funniest Milton' stars in his new show Thanks A Lot, Milton Jones!, co-starring Tom Goodman-Hill (Mr Selfridge), Josie Lawrence (Whose Line Is It Anyway?), Ben Willbond (Horrible Histories, Yonderland) and Dan Tetsell (Mongrels). 'Milton Jones is one of Britain's best gagsmiths with a flair for creating daft yet perfect one-liners' - The Guardian. 'King of the surreal one-liners' - The Times. 'If you haven't caught up with Jones yet - do so!' - The Daily Mail. 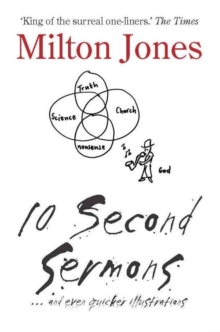 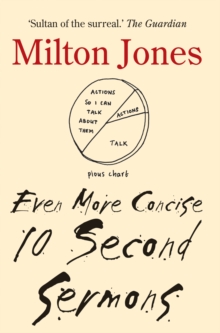 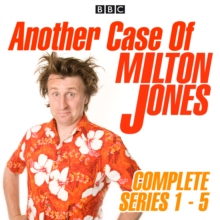 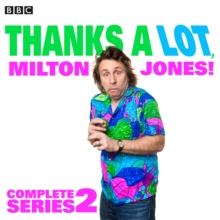 Thanks a Lot, Milton Jones! Complete...