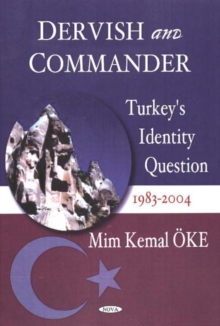 In an age of so-called Conflict of Civilisations, Turkey's endeavours in becoming a neo-liberal country, would not only liberate itself from the restrictive parameters of a national security state, which it was during the Cold War ; but it would also pose a model to the Islamic world torn with Al Qaeda terror as an exemplary edifice of how a pro-western moderately Muslim country could survive both as a secular and democratic state.

This book is concerned with Turkey's identity crisis in the post-modern era.

Caught between the security considerations which were dictated by the country's geo-strategic location, Turkey, since the1980s has been struggling to join the European Union as a means of integrating itself into the world of freedoms, human rights and pluralist democracy.

This book adopts a thematic approach to Turkey's struggle in becoming part of Global Society.