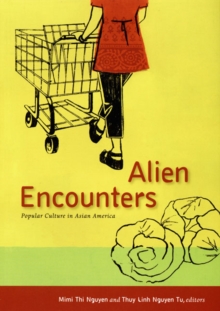 They consider issues of cultural authenticity raised by Asian American participation in hip hop and jazz, the emergence of an orientalist "Indo-chic" in U.S. youth culture, and the circulation of Vietnamese music variety shows.

They examine the relationship between Chinese restaurants and American culture, issues of sexuality and race brought to the fore in the video performance art of a Bruce Lee-channeling drag king, and immigrant television viewers' dismayed reactions to a Chinese American chef who is "not Chinese enough." The essays in Alien Encounters demonstrate the importance of scholarly engagement with popular culture.