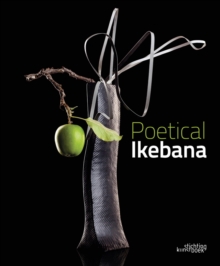 The combination of Ikebana and haiku is a more than successful one.

The similarities between the arts go far beyond their Japanese origins.

The seductive simplicity of haiku, its subtleties and sparse use of words, its silences and depth of meaning, its rhythms and seasons...these are only some of the characteristics that haiku shares with Ikebana.

Both Ikebana and haiku have the power to move people.

They evoke emotions using material that has carefully been trimmed of the superfluous.

Their minimalism is convincing and reveals the essence.

They manage to hold our gaze and temporarily slow down our daily rhythm.

Both Ikebana and haiku invite us to see more than what the visible world has to offer.

Members of the centre for poetry in Ghent, led by Hedwig Aerts, made a selection of their favourite traditional haiku by master poets such as Basho, Issa and Shiki.

On the occasion of this book, they also created some new personal haiku.