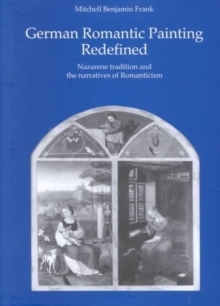 In this rich and engaging book, Mitchell Frank explores the continuities between these two phases to reconstruct the historical position that existed in the nineteenth century and to look once again at the Nazarenes - and Overbeck in particular - as a fully integrated part of the Romantic movement.

His innovative book is crucial to an understanding of German Romanticism and the legacy of this period in European art.