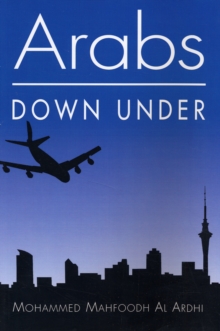 Arabs Down Under Paperback / softback

Ibrahim, a freelance journalist from Arabia, has always been deeply aware of his rich Arabian heritage and history but has become disillusioned and disheartened by the seemingly incessant onslaught of Western suspicion, abuse and adverse media attention thrust upon his people.

To Ibrahim and his family, it seems as if Western paranoia and prejudice against the Arab has become set in stone.

It is to escape this climate of hostility that Ibrahim decides to take his wife, two sons and three daughters on a holiday away from the heat of the Middle Eastern summer and visit an old journalist friend, Mark, a staunch Englishman who has retired to New Zealand.There, they could assimilate a new culture, meet new people with new ideas, and see a land seldom visited by their fellow Arabs and which has therefore remained untouched by the long tentacles of the Islamic extremist.

In the weeks that follow, Ibrahim discusses with his old friend the ticklish questions of Western misconception, misunderstanding and the perceived inequalities of his race. Together they are able to dispel the myths and identify the areas of ignorance that prevail in the West and which do so much damage to the image of the Arab.

Above all, Ibrahim is able to nurture within his young teenage offspring the seeds of a brighter future, one within which peace and reconciliation between the worlds of Islam and the West are of paramount importance.