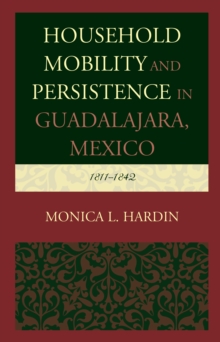 Using data from the back-to-back censuses of 1821 and 1822, this study argues that mobility affected almost every individual who lived in Guadalajara during that time period.

The methodology used traces individuals who persisted from one year to the next to determine overall rates of mobility.

An analysis of short-term stability and change within this set of historically identifiable individuals, families and households reveals a process of mobility that not only has been neglected by studies based on aggregate data, but that is often at variance with the findings of those studies.

The evidence shows that a significant portion of the extensive movement of individuals to and from the wards is short term and often cyclical, rather than long term and permanent.

Additionally, data sets from 1811-1813 and 1839-1842 are used as "control groups" to conclude that the mobility in 1821-1822 was not a unique historical event based on circumstances, but an overarching trend throughout the nineteenth century. 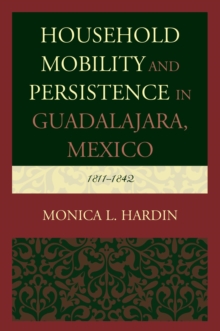 Household Mobility and Persistence in...