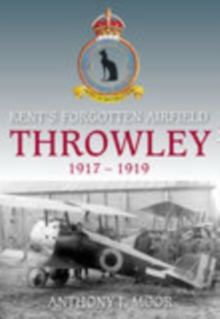 The forgotten airfield at Throwley, Faversham, Kent, which existed between 1917 and 1919, was created to aid Britain's coastal defence after the public's fearful outcry in response to Zeppelin raids early in the First World War.

With background to the country's history of home defence prior to World War I and the developments that lead to the airfield, such as all Royal Flying Corps fighters having been sent to France in 1914 leaving Britain virtually defenceless, and Churchill's decision to create units of aircraft to aid defence, the book tells the tale of both the airfield and of 112 Squadron, based there to combat the threat.